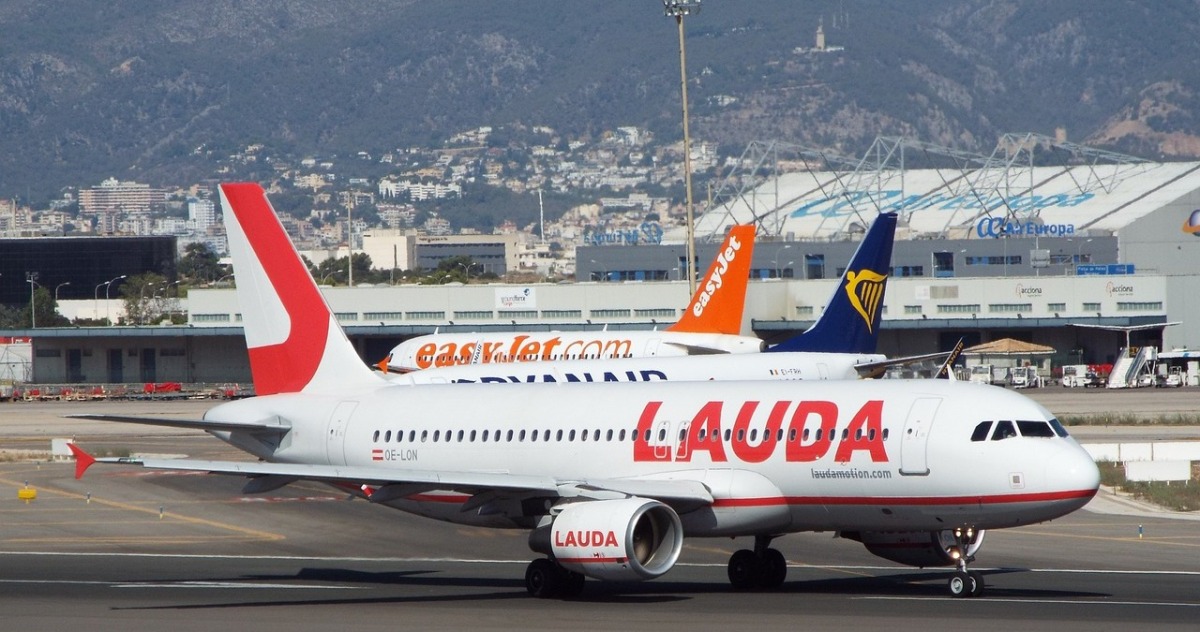 Passengers landing in the Spanish island of Majorca or departing from it must transit through Palma de Mallorca airport (IATA code: PMI), also known as Son Sant Joan. The international gateway into this holiday paradise -also a hub for Air Europa in the country- is located 9 kilometres away from Palma downtown and is considered as the third largest and most important air terminal in Spain, behind Adolfo Suárez –Madrid Barajas and Barcelona-El Prat.

Furthermore, Mallorca airport becomes one of the busiest airports in Spain during peak season, something that handles perfectly with a single terminal that is divided into four modules (A, B, C and D), each of which has different levels featuring check-in desks, security filters, concourses, boarding gates and air bridges. The arrivals zone is located on ground level.

A good number of airlines offer flights to Palma de Mallorca airport and connections to other Spanish destinations. If you wish to travel to Madrid, Alicante, Barcelona, Costa del Sol, Seville, Zaragoza, Tenerife, Ibiza or Menorca from Majorca, you can do so with companies such as Vueling, Air Europa, Air Nostrum and Ryanair.

Budget companies Ryanair and Norwegian Air operate flights from Palma de Mallorca to Warsaw, Brussels, Dublin, Cork and Frankfurt in the first case and to Oslo, Copenhagen, Stockholm and Helsinki in the latter. British Airways connects the airports of Heathrow and London City to the island, while Luxair does the same with Luxembourg; Tui with Munich, Lyon and Paris Orly; Air France with Paris Charles de Gaulle and Swiss International Airlines with Zurich.

Several public bus lines run services between PMI airport in Spain and different points in Majorca island. For instance, buses number 1 and 21 help you commute from the terminal building to the port including stops in the city centre. Other lines can take you straight to your hotel in Mallorca or your favourite cove, namely A11, A32, A42 and A51.

There is a taxi rank in front of the Arrivals public zone. Bear in mind that taxi drivers in Palma will add a surcharge of 2.90 euros to the total price in all journeys departing or arriving at the airport. If you are carrying heavy luggage, an additional cost of 0.60 euros per unit applies.

Sixt, Europcar, Hertz, Avis, Goldcar and Enterprise are some of the car rental firms with presence in PMI. If you are the adventurer type, hiring your own car to get around the island and explore a different beach every day might be the best choice.

Spanish and international brands such as World Duty Free, Parfois, Camper, Collection, Adolfo Domínguez, Love me Stores, Hard Rock, Mango, Natura, Sunglass Hut, Superskunk and Tous are among those you will spot in the different modules of Majorca International Airport. Need a break from so much shopping? Get your cup of coffee or snack at Deli&Cia, Lavazza, Starbucks, Costa Coffee or the terminal’s food trucks. There are also other establishments specialising in Mediterranean tapas like Cafetería Sa Cala or the Warsteiner German Bar, making sure all Germans abroad find their home away from home in the boarding area. Opening hours may vary yet normally range from 6/7:00 to 23/00:00 hours.

VIP Lounges for travellers in PMI airport in the Balearic Islands

Regardless of the category of your plane ticket, if you are having a layover in Mallorca airport or have to spend many hours waiting for your flight, you can purchase an access pass to its VIP passenger lounges. There are two lounges available for travellers flying to both Schengen and non-Schengen destinations in PMI: Formentor, located in Module D, and Valldemossa, on the second level of the Departures zone. For more info on how to buy a daily pass online, visit Aena’s official website.

A guide to San Diego International Airport in California